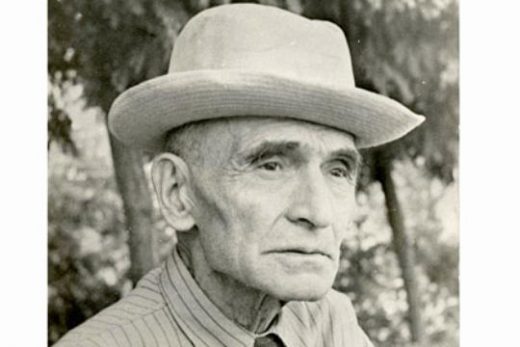 “Do you understand anything in an Armenian? What an unusual, mysterious, and deceptive creature. Only a facade. And he himself, how to describe him? To seek his essence is wasted effort. You find it and immediately see that this is a facade again. He has a restless face and does not allow to picture himself.

His national image is also unusual. By number, Armenians are perhaps the smallest but superior to all with sufferings, the most ancient in time, the most unchanging in fate. The position of his country is the most disadvantageous, and an Armenian clings to his country harder than others.

How hopeless his future seems, but what hopes he has! Note that in life, he is completely unfamiliar with two things, two extremes – luck and despair. How do you know him, how do you measure him? His measure is an amazing balance in the extremes!

Look, is this Armenian, a bourgeois merchant, the pettiest of all creatures and the most well-fed of all animals? How ruthlessly he is humiliated – is he able to measure the high matters of our world? He won’t invest a penny in a public cause. And one day, you see that he died, having bequeathed his whole fortune to the society. Go ahead and understand what kind of a person he was.

Take a look at this porter. A real pack animal: shouldering a whole mountain, he bends and breaks his back. Does he work or destroy himself? Is it self-revenge, or what? Who is he angry with if he punishes himself? How much strength, how much diligence!

Take him as a servant in your house. Heartless, talentless, lazy. What’s on his mind? To collect some money to open his own shop. He wants to be not a servant but the owner of his business and his piece of bread. And now, an Armenian equals an owner… But have you seen him as a refugee? What a lazy beggar.

Offer the most profitable job, he will refuse. Let the community give, and he will eat. And he will die of hunger, silent, homeless, as if out of spite. And this is the same peasant who had fiercely dug the land yesterday, worked and squeezed everything out of it, pouring out his soul.

There is no other animal that works as hard in its field. He gathers the harvest as if he will live forever and won’t leave anything to anyone. But enter his hut – thieves, people, wolves, and dogs feed at his expense. They eat his bread as if from the table of the forefather Abraham.

Did you see his dwelling, this mole hole? But go around his country – what wonderful monasteries, grand fortresses, elegant khachkars (stone crosses)! Can we believe that he erected all this? Listen to his conversations – half of the curses are addressed to the Church and God.

He has flooded his country with churches, and he himself will not go in to pray even once a year. And in everyday life, he will not pray or preach his faith to others. Is it possible to believe that his history is the history of the greatest religious wars, that through the lips of Narekatsi, this non-praying tribe put prayer to the Lord above everything?

He does not tolerate rites, formalities, ranks, politeness. He is mostly a commoner. His Khrimyan Hayrik hated his Catholicos title most of all.

In diplomacy, an Armenian only cares about one thing – being sincere. He is so sincere and naive that he gives the impression of an undoubted fox and a hypocrite. While his neighbors, playing roles in the arena of this world, pretend to strike the enemy with an ax, the Armenian actually lowers an ax on the head. “But what about the truth?” concerned he is.

He is rustic and peaceful and suddenly rebellious and smashing like his epic’s hero David of Sasun. He cherishes and cringes under the heel of a stranger like his Vociferous Ohan. But as soon as extreme danger comes, he suddenly becomes a hero and rears up like a vishap (dragon).

Overall, he is kind: be nice to him, and he will give you everything. In general, he is your friend, but he pushes your friendship away. Where any other tribe can earn only love, an Armenian will find a way to cause hatred. He has the talent to cause hatred. However, he is envious to someone else’s luck like a vardapet (archimandrite).

If he quarrels with someone, he becomes vindictive like a camel. Every Armenian has another Armenian with whom he’ll be hostile until his death. This is his need. He does not recognize order and power neither in society, nor in the state, nor in ideas. As a democrat, he cannot come to a consensus: he is an unbearable troublemaker.

Where a revolution is, there is Armenian spirit. Belonging to a party, an Armenian is always inclined to extremes. He fights simultaneously on three fronts – against the Shah, against the Sultan, against the Tsar. However, every Armenian is a little Shirakatsi, like Don Quixote.

He saw the most terrible slaughter and did not realize anything. His orientation is in favor of what is currently absent. If he is near a Tatar, he’ll be waiting for a Russian. If a Russian comes, he turns his gaze to a European. If an Englishman comes, he again waits for a Russian. When the Russian comes, he does not accept him. Go ahead and try to understand – maybe he wants to create his own state…

The essay of an outstanding Armenian writer