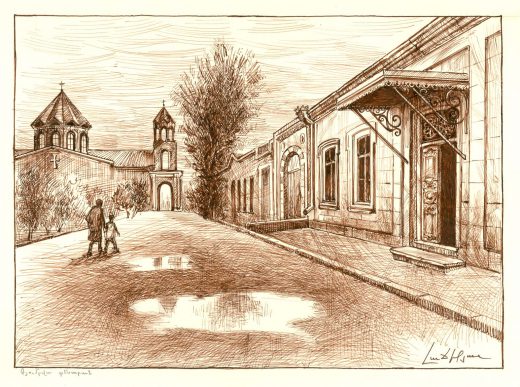 At the end of  2018-1920 academic year “Edith Print” published the collection of graphic newspapers entitled “Gyumri, My Love” by Levon Lachikyan, Assistant to the Department of Tourism Management and Culturology of YSUIB, member of the Union of Journalists and Union of Artists of Armenia.

The latter contains 24 postcards depicting Armenian town, which is a new look of the old city.

The trilingual (Armenian, Russian and English) adjacent to the collection-album contains a summary of the ancient settlement, its history begins from the III millennium BC  stretching up to our days.  The collection suggests that Gyumri obtained the status of a city in 1837 when the first layout was approved in line with the urban development principles.  By the end of XIX century, it was the third largest trade and cultural center in Transcaucasia after Baku and Tiflis.  It turns out that the image of Gyumri has been created by migrants from Karin, Kars, Mush and Basen, who continue their construction traditions in Western Armenia, building impressive buildings, churches and streets.  On the other hand, Gyumri is the successor to Ani.

In the same collection we read:

“Artist-painter Levon Lachikyan, through his drawings, conveys a clear love to Gyumri, recreating the unique historic-cultural environment of his native city and the new image of that old city.  This collection of postcards is a new look at old Gyumri that generates extra thoughts and feelings while at the same time bringing a new sense of debt. “

YSU Ijevan Branch expresses heartfelt congratulations to Mr. Lachikyan once again and let us remind that he is the author of the drawings of all major buildings of Yerevan State University.  One of these drawings decorates the main photo of YSUIB Facebook page, and in the autumn, a jubilee postcards collection will be issued within the framework of the celebration of the 100th anniversary of Mother University, the author of which is our lecturer. 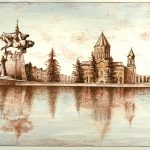 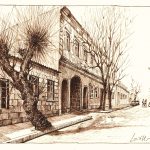 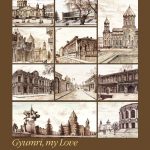 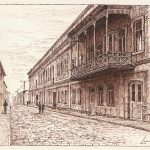 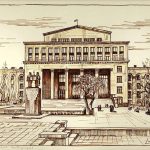 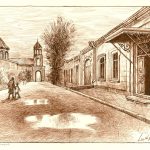