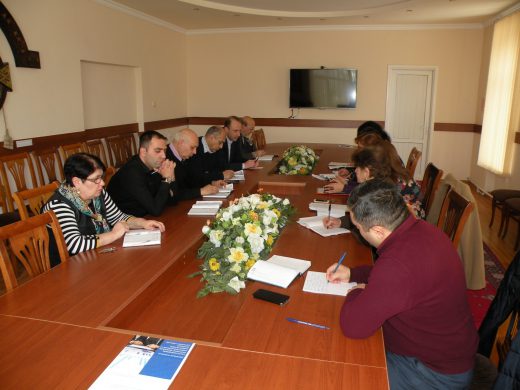 Necessary preparatory works have been carried out to properly conduct exams. Faculties have been provided with handouts for mid-term examinations and exam papers for the tests were sealed. The presented schedules were checked and then a timetable was drawn to carry out the exam process in the classrooms equipped with cameras. A schedule has been created to carry out day-to-day oversight during the exam. The Branch is ready to start the exam period.

Another item of discussion was the issue of YSUIB Part-time training system students’ dismissal due to poor academic performance after first examination period of 2018-2019 academic years, as well as due to unpaid tuition fees. In this regard, it was particularly mentioned that 28 students have accumulated credits and 17 students were subject to dismissal.