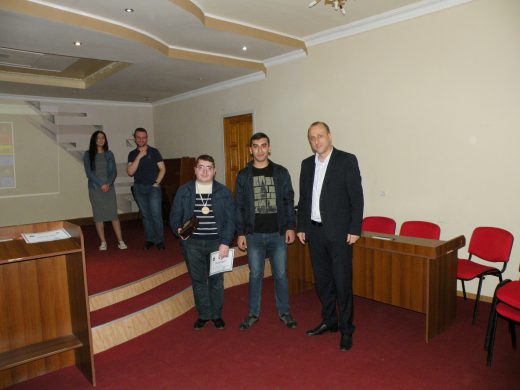 On May 14, 2019, on the initiative of Ijevan Branch of Yerevan State University SSS, YSU Ijevan Branch for the first time hosted student intellectual game entitled “The Brainiest”,  10 students from all faculties took a part in the game.

The game was conducted by Liana Nersisyan, 2nd year student of “Informatics and Applied Mathematics” specialty.

The first round of the game was held with a special mobile application, with Quizizz, giving 10 questions checking students’ background knowledge and the participants also earn extra points to respond quickly to questions.  The 5 students, scoring the highest points  were able to continue the game in the second round.

For the second and third rounds, 2nd year student of “Informatics and Applied Mathematics” specialty Arayik Shahnazaryan created a special computer program using HTML, CSS and JavaScript languages to bring the game’s 2nd and 3rd phases as close as possible to the format of the TV show.

The third round was also held in an engaging atmosphere.  The participants had to answer questions about the topic chosen beforehand.

Tigran Ghushchyan became the winner of the “Brainiest”, earning the highest points.

Acting Acting Director of YSUIB, A. Tsutsulyan  warmly welcomed and encouraged the students’ initiative, congratulated all the winners of the intellectual game and handed them certificates.

The winner of the game Tigran Ghushchyan was awarded with a medal, diploma and a souvenir.

Arayik Shahnazaryan was awarded with an encouraging gift and a certificate for invaluable contribution to the game.

Photos of the intellectual game are available in the gallery. 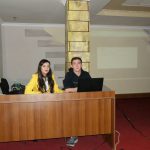 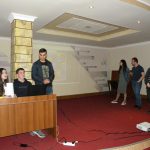 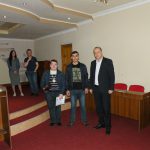 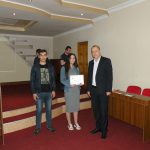 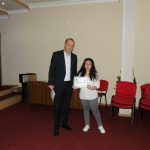 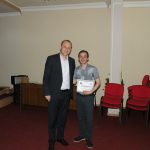