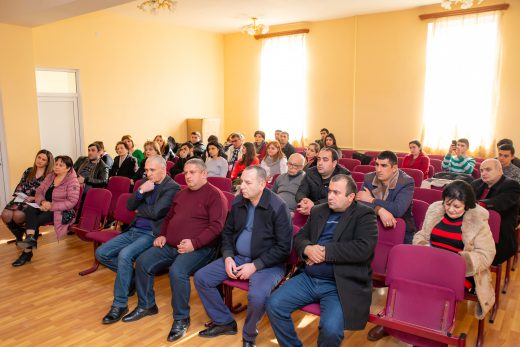 The aim of the meeting was to discuss garbage collection and sanitation issues in the community, improve service quality.

The main item of the discussion was the pollution of Aghstev, namely citizens’ concerns connected with throwing garbage into the Aghstev River.

The participants discussed various suggestions to reduce such cases.

Mr. Sargsyan, Head of the Economic Department of YSUIB, presented the issues related to the Branch, related to the communal problems of YSUIB Usanoghakan N3 street (sewage disposal, elimination of waterfall, etc.).

The Mayor of Ijevan answered to the participants’ questions. Vardan Ghalumyan mentioned that during these years, the number of law breaking businessmen  has significantly reduced due to the regular discussions.

According to Ijevan Mayor, the “Spitak lake” reservoir valves are regularly opened to clean the riverbed. Trees along the river are cut down, but for security reasons, some of them are preserved because of surrounding buildings. Another problem preventing the proper implementation of garbage disposal is that owners disagree with the placement of garbage cans in privatized  territories. The Mayor highlighted the solution of these problems by raising legal awareness of the people instead of imposing fines.

At the end of the public discussion on “The issue of Garbage disposal and sanitation in Ijevan” an agreement was reached to: 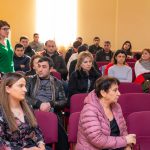 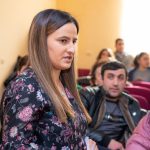 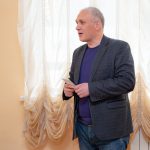