On April 16-20 of 2018 the fifth international scientific conference of YSU Student Scientific Society was held, dedicated to the 100th anniversary of the foundation of the Armenian First Republic.

The aim of the conference was to provide students, post-graduate students and scholars with the opportunity to share their academic research results with the academic audience, to improve their professional skills, as well as to establish contacts with young Armenian and foreign researchers.

Over 400 representatives of about 50 scientific-educational institutions from more than a dozen countries took part in the conference.

Mher Hakobyan made a welcoming speech. He thanked all the participants for their interest, the whole team of SSS, for their work, for YSU Directorate support.

Ruben Markosyan mentioned in his speech that Student scientific Society (SSS) events were distinguished by the high organizational level and thanked the SSS team on behalf of YSU Administration.

The work of the conference was held at 20 faculties and institutes of YSU, which lasted until April 20.

During the closing ceremony, Mher Hakobyan mentioned: “This conference differs from the previous one. We can prove that we have stepped forward and improved our most important event. This conference is one of the most significant scientific events organized in the recent years from the point of view of the number of participants, members of the organizing committee, the support staff, and the number of sections”.

The conference was attended by 6 representatives of YSU Ijevan branch.

On April 18, Suzanne Shahnazaryan, a third- year student of English Language and Literature, reported on the topic “The Old English Vocabulary and Word-Formation” at the Linguistics Department.

The other representatives took part in the conference on April 19.

Hakob S. Davtyan, a fourth-year student of “Cartography and Cadastral Business”, delivered a speech at the Department of Geography and Geology. He reported on “Recycling, Recording and Mapping of Tourism Resources in Sevkar Village and Adjacent Areas of Tavush Region”.

The third- year student of the History Department Irina A. Safaryan presented John Kennedy’s role in the Caribbean crisis.

Slavik S. Alaverdyan, lecturer of the Department of General Mathematics and Natural Sciences, delivered a speech at the Pedagogy Department. He presented the role of Chess in developing students’ understanding of mathematical concepts.

Second- year students of “Armenian Language and Literature” Department Astghik A. Ghazaryan and Roza A. Melkumyan took part in the work of the Department of Armenian and Foreign Literature. 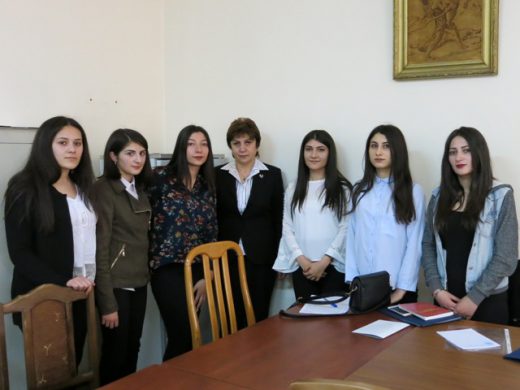 Astghik A. Ghazaryan reported on “Mythological and Epic Motives in Khachatur Abovyan’s “Wounds of Armenia” novel. 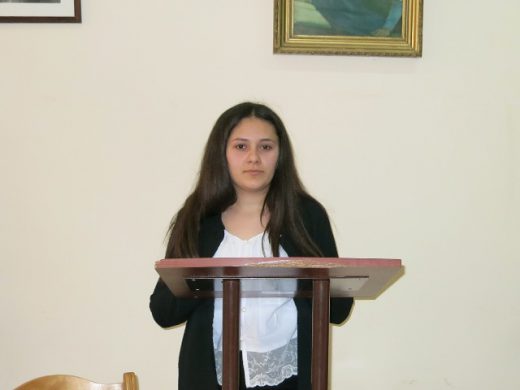 Roza A. Melkumyan reported on the “Detection of the Thunderstorm hero’s Operations in the name of Twin Brothers of Eraund and Eraus “. 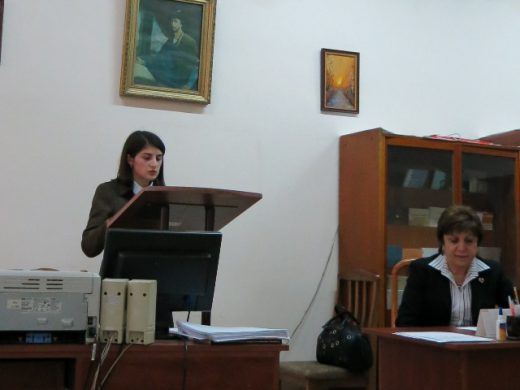 The presidents and attendants of all departments highly appreciated the quality of the work of the branch representatives and welcomed the participation of the second- year students in the International Conference.

Selected reviewed papers will be published in the scientific journal “YSU SSS Collection of Scientific Artic­les”.