The faculty of Natural Sciences is one of the three faculties of regional College opened in Ijevan in 1991. The first dean of the faculty was doctor of physical and mathematical sciences, prof. Valerie Ter- Antonyan.

The Ijevan Branch of YSU was established on the base of Ijevan Regional College by the Government decision, in 1994. In the faculty of Natural Sciences the admission was made for the professions of “Physics” and “Mathematics”. The Faculty was headed by doctor of physical and mathematical sciences, professor Roland Avagyan.

Taking into account the peculiarities of the natural woodlands of the region the profession of “Forest and Forest-park Economy” was added in the faculty in 2000 aiming at complementing the forestry service with highly qualified specialists. In the same year Instead of “Physics” and “Mathematics” the admission was made for the profession of “Applied Mathematics and Physics” with five -year education.

Now the Faculty has two Chairs`

In the structure of the faculty there are two computer laboratories equipped with modern laboratory facilities. There is free internet.

Now the education in the faculty is organized by the professions of “Informatics and Applied Mathematics” and “Cartography and Cadastre”. 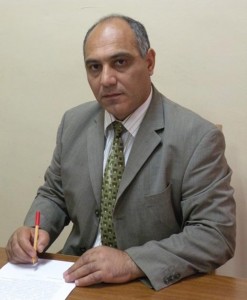 2008-2014 Head of the Chair of “Higher Mathematics and Informatics”

1999 Candidate of physical and mathematical sciences

Author of 9 scientific articles and a methodical manual