In October of 2018, “Dyucaznagirq” Association awarded Nver Gharibyan “Dyucaznagir” that he had lifted 9,800 kg of hanging hooks in each hand and rose 45 times in 30 seconds at the same time: performing the same exercise 102 times in 40 seconds. This record was registered in RA “Dyucaznagirq” Book of Records.

–Mr. Gharibyan, on behalf of YSUIB Directorate and on behalf of university staff, we sincerely congratulate you on the occasion of your victory, wishing you new achievements in your sports and coaching career, numerous occasions to enjoy the victory, and thank you for participating in the interview.

– Mr. Gharibyan, we would like to know When and for which sport did you apply for the official registration of your record and when you receive the record certificate “Dyucaznagir”?

– In 2018, On September 16, the corresponding record was registered by “Dyucaznagirq” Association committee headed by Vardan Tovmasyan and on October 10, I received the certificate.

-How long have you been preparing for this record? Whether the next victory easily won by World Cup 2nd prize winner, three-time European champion and world-class sports master Nver Gharibyan?

– I have been preparing for this record for about two years. It was very complicated because the exercise requires speed and power, great effort and energy, long-term training.

– As a sportsman winning many times, do you agree that the more difficult the path of victory, the sweeter the joy of victory. Which of your numerous victories and achievements is more valuable to you?

– Yes, I agree, what is difficult to achieve is expensive and endless efforts, hard work and trainings are required to achieve high results. Any victory is valuable to me, as I have passed a long and difficult way to achieve those victories. My second participation in the European Powerlifting Championship (2017) was very important for me.

For the first time I took part in the European Championship in 2016 and lost to my opponent. I had a problem to prove that I was able to win, and I won, becoming a champion, in Europe Powerlifting Championship of 2017.

–What future plans do you have with regard to sports and coaching work, what are the new achievements that you would like to win?

– It is a privilege for any athlete to take part in the Olympics during his sporting career, but my sport (powerlifting) is not yet an Olympic sport. So far, I think, I have won all the titles (world champion, three-time European champion), and there is no such a championship that I would like to participate in. During my coaching career, my athletes won in many competitions, I have three Armenian sportsmen of international class, two Armenian sports master, three of my pupils study at the Armenian State Institute of Physical Culture and Sports. In the nearest future (November 16-18, 2018) four of my athletes will participate in the European Powerlifting Championship in Tbilisi as part of the Armenian national team.

– Your new achievement (becoming a record holder of “Dyucaznagirq”), Mr. Gharibyan, is not only a significant event for the branch and the sport world, but also a kind of inspiration for our students and youth of the region.

Once again, we congratulate you and wish you new victories and thank you for taking part in the interview. 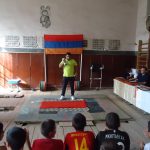 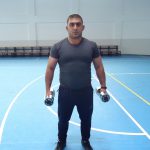 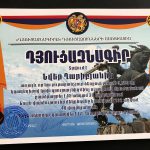 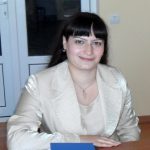