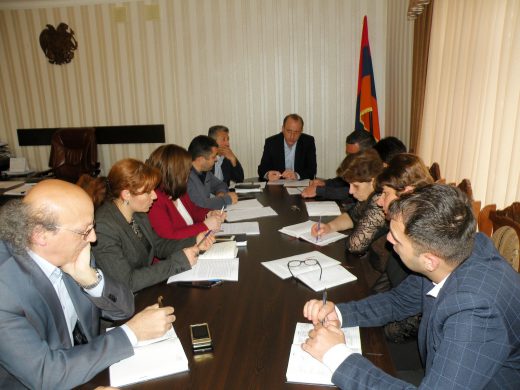 On May 21th, 2019, YSU Ijevan Branch hosted regular Board meeting, headed by Acting Director of YSUIB A. V. Tsutsulyan.

As far as the results of the 1st semester student surveys are concerned, the Deans mentioned that problems were identified and appropriate steps were taken.

A.Davtyan, Head of Educational-Methodological Department, introduced the list of specialties for Part-time training system (entrance exams, places and tuition fees).  In connection with this issue, it was noted that over the past five years, admission was not implemented in Part-time training system of the specialty “Armenian Language and Literature”.  Based on the study of labor market requirements, it was proposed in 2019 include “Armenian Language and Literature” in the list of professions, which was approved by the members of the Board.