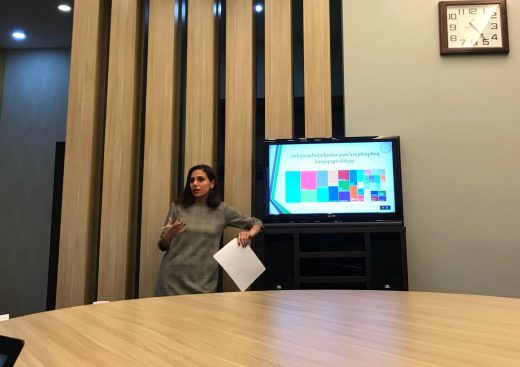 On December 21th,2018, House of Radio hosted the presentation of the survey results conducted by Public Opinion Research Center of the Public Television and Radio company, in September-December, on “Measuring tolerance and social phenomenon  among students in Armenian higher educational institutions”: the Impact of Media on their Formation”.

The Center, attaching importance to the role of youth in all spheres of public life, was aimed at studying the role of the active youth in the context of contemporary developments and the attitude of students on a number of social phenomena, clarifying the positive and negative impact of the media on the formation of youth.

Representatives of Armenian Higher Educational institutions, including YSUIB, were invited to the presentation of the survey results. The meeting was attended YSU Ijevan Branch coordinator of the work with graduates and external stakeholders E. Gharayan. The meeting was important for YSUIB, as the Branch students also took part in the survey, and although the results were presented in a general way, without mentioning specific university, the results  present also our students’ opinions on the most important problem of tolerance and perception of society and  intolerance in contemporary media.

The organizers of the meeting mentioned that 713 students aged 17-25 from Armenian universities (including regional universities) took part in the survey. Different methods have been selected for the survey: quantitative, comparable pairs, possible actions in imaginary situations, judgement and agreements , and so on.

The meeting ended with an active discussion, with a number of issues highlighted in the research results, in particular whether the values should be clearly defined,whether tolerance and intolerance are clearly perceived in society, whether the media’s actions are clear , and whether it implements its function of the educator, and so on.

As a conclusion, the participants put forward the idea that there was still a need for a new investigation to fully understand the problems. Nevertheless, it was indisputable that the priority of any university is to give students comprehensive knowledge, skills and abilities, educate them in the spirit of moral, national and universal values. 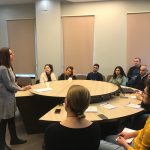 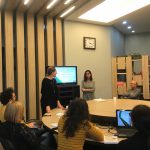 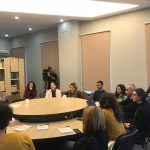