On January 28th, 2019, on the occasion of the 27th anniversary of the establishment of the Armenian Armed Forces, representatives of the administrative and professorial staff of Ijevan Branch of “ Yerevan State University” Foundation, visited the Liberty Square in Ijevan to pay tribute to the memory of Armenians who gave their lives for the independence of the Homeland and laid flowers at the monument for the courageous Yerkrapahs.

At the Liberty Square of Ijevan, the military band performed the Armenian national anthem, and a festive event, dedicated to the 27th anniversary of the establishment of the Armenian Armed Forces, took place in Ijevan House of Culture.

January 28 is the day of the establishment of Armenian Armed Forces.

In September of 1990, the special regiment of Yerevan was formed, while five companies were established in Ararat, Goris, Vardenis, Ijevan and Meghri. In 1991, the Government approved the formation of the State Committee of Defense.

Army Day has been an official holiday in Armenia since 2001, based on the law “On Holidays and Memorable Days of the Republic of Armenia”.

Over the past 27 years, our army has gone through a path of various victories.

Owing to the efforts of the Armenian soldiers and commanders, the peace of the people of Armenia and Nagorno-Karabakh is guaranteed,as well as our independence, territorial integrity and security.

In addition to the sacred duty of the homeland defense, today the Armenian Army successfully implements international peacekeeping mission in many countries …

Glory and honor to you, brave soldiers of the Armenian Army that guard our borders with dignity and responsibility, defend the honest villager of the native land from the fierce bullet of the enemy, preserve the child’s fair sleep and the calmness of the grandfather – the peace of the country.

We are exceedingly grateful to you and once again congratulations on your  holiday, our beloved soldiers, wishing you all peaceful service and may you return home safely… 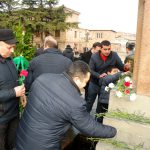 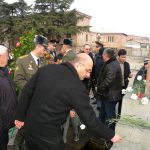 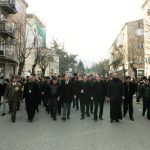