The main purpose of the industrial internship is to strengthen students’ theoretical knowledge on the basis of practical work, the acquisition of practical skills and abilities in their profession, and their own professional experience.

On November 9, students of II and III course of “Armenian Language and Literature” visited the museum of Khachatur Abovyan in Yerevan. The students got acquainted with the structure of the museum, history of Kanaker, Kh. Abovyan’s life, literary and pedagogical activities, and manuscripts.

Then they visited Mesrop Mashtots Institute of Ancient Manuscripts, Matenadaran. They walked around the main exhibition rooms, got acquainted with the history of ancient manuscripts, miniatures, and the ways in which they used the colors.

At the end, they visited Hovhannes Tumanyan’s house-museum. They first got acquainted with the life and activities of the writer, his personal belongings, walked on the second floor of the museum where you could find six rooms that represent with perfect detail the reproduction of Hovhannes Toumanian’s last apartment in Tiflis.

At the end, they watched the short animated cartoon “Lazy Huri”.

On November 22, the students visited Lori region. In Vanadzor, they visited Stepan Zoryan’s house-museum, which was the writer’s summer residence and where the writer lived for four years. The students first got acquainted with the history of the writer’s birthplace, the story of old Karakilisa, Zoryan’s life and creative heritage. At the end, they watched the film based on the story of Stepan Zoryan “Near the Well”.

Then they traveled to the great writer’s birthplace Dsegh, and visited Hovhannes Tumanyan’s house-museum, which was the writer’s paternal house and memorial in the yard where Tumanyan’s heart was buried.

The students first walked around the guest house, the big exhibition hall, got acquainted with the environment where the writer’s childhood passed. At the exhibition halls, they examined the presented samples, the personal belongings of the writer and his relatives. Students reinforced their knowledge by recalling the writer’s life, literary and social activities.

At the end, the university group visited Haghpat Monastery, got acquainted with its history and educational activities, visited Hovhannes Sarkavag’s grave. 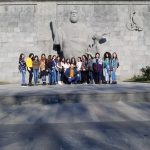 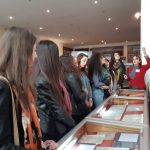 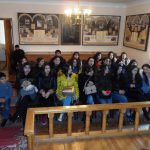 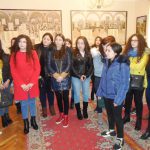 On November 22th, 2018, on the initiative of Anush Saribekyan, lecturer of the Department of General Economics of YSU Ijevan Branch and Tavush Tourism Research and Development Center, with the support of the university student structures (Student Scientific Society SSS and Student Council) held a business game entitled “Micro plan” dedicated to the 25th anniversary of the introduction of Armenia’s national currency.

15 students of “Economics”, “Service”, “Tourism” and “Finance’ departments of the Faculty of Economics participated in the business game.

The game was conducted by the employees of Tavush Tourism Research and Development Center.

The students were divided into three teams, that is to say, into three “families”, they had the following task: having a limited budget, plan, and then organize production, with the profit being maximized to the expected profit.

The game was a simplified business model that gave an idea of real business life difficulties, challenges and opportunities.

The teams acquired raw materials, arranged production using the loan; sold in the market, but the herd was rejected by the market.

After the interesting and at the same time tense game, the team whose final profit and production volumes were closer to the expected one, won the game.

The winning team was awarded with a diploma and the other teams: with certificates. 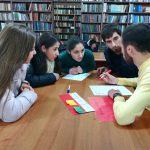 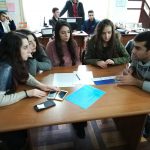 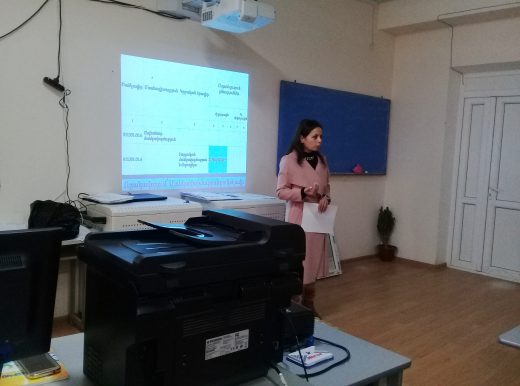 This time, the universitarians visited Ijevan high school, Aygehovit, Azatamut and Kayanavan villages’ secondary schools with the aim of informing the graduating students about the university admission professions and educational programs of 2019 academic year, carry out professional orientation work.

The 12th graders, school directors and teachers took part in the meeting.

During the visits, the universitarians represented admission education programs, new offers and opportunities (referring to Full-time learning of the Faculties of “Environment and Nature Management”, “Applied Art” and “Psychology”), exam materials and changes in university admission exams.

For the purpose of deepening the school-university connection, being useful to the applicants, it was proposed to conduct periodic visits to the university, as well as to organize thematic lectures and discussions at schools with the participation of YSUIB lecturers.

During the meetings, the students received answers to their questions related to educational process, tuition fees, discounts and privileges for students, admission exams and subjects.

At the end of the visit, the school and university representatives agreed to further strengthen and deepen the bilateral cooperation. 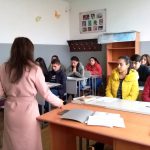 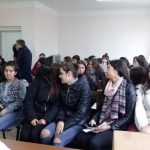 If you want to take part in the championship, send your surname, name, nationality, profession, course and phone number to sssysuib@gmail.com until November 27.

You should write “CHESS BRANCH CHAMPIONSHIP” as the subject of the message.

We are looking forward to hearing from you. The discussion was attended by Mayor of Ijevan V. Ghalumyan, other high-ranking representatives, YSUIB Acting Director A. Tsutsulyan, other representatives of professorial and administrative staff, mainly students of the Faculty of Humanities.

Particularly, it was mentioned that European Armenian Federation for Justice and Democracy, non-governmental organization (EAFJD) was founded in 2000, in Paris.

Since 2002, EAFJD office has been moved to Brussels (Belgium). The European Armenian Federation for Justice and Democracy, EAFJD, is a grassroots organization, representing the European citizens of Armenian origin. It is the main interlocutor promoting the Armenian issues in the European Union and international organizations, such as the Council of Europe and the OSCE. Along with its traditional advocacy activities, the European Armenian Federation for Justice and Democracy organizes a series of awareness-raising events for the European community, including conferences, with participation of prominent international scientists, discussions, photo-exhibitions, film watching.

The main areas of activity of the European Armenian federation:

It was emphasized that the important sphere of the European Armenian Federation is the strengthening and expansion of Armenia-Europe relations. In this connection, the Armenian National Committee (ANCs) considers important the signing of a comprehensive and expanded partnership contract between Armenia and EU on November 24 2017.

The trainer added that in order to make the European Armenians’ voice heard, the European Armenian Federation was organizing a “Congress of European Armenians” in Belgium every four years, which was a platform for Armenian and European politicians, diplomats, religious leaders, academic circles, non-governmental organizations, representatives of Armenian communities, individuals to discuss modern challenges and ways to overcome them. The last congress was held on October 18-19, 2018, in Brussels.

During the discussion, YSUIB students of “History” Department addressed the president of the European Armenian Federation for Justice and Democracy their questions related to the recognition of the Armenian Genocide and Turkey’s compensation, the opening of the Armenian-Turkish border, issues related to our historical homeland: Western Armenia and received answers. The questions were mainly related to the issues that were still in process as both Mr. Karapetyan emphasized in his closing speech and YSUIB Acting Director A. V. Tsutsulyan in his speech addressed to the trainer. 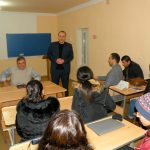