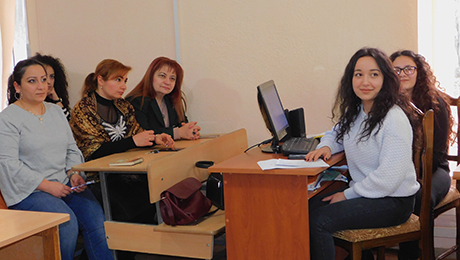 On March 2, 2019, the SSS of YSU Faculty of Armenian Philology together with the Armenian Language and Literature Department of YSUIB organized a conference entitled “Dialectical Readings”.

The Acting Head of the Department of Armenian Language and Literature of YSU Ijevan Branch, Associate Professor Vachagan Avagyan presented the background of the event.

“Months ago when we returned to Yerevan after meeting with Vardanank military-patriotic club in Ijevan Branch, we noticed that one of the students, forgetting about the academic-student environment, began to speak in his dialect and when he realized it, he apologized. So sweet was his dialect that I advised to bring the dialect into a lively environment. At that time we decided to speak in our dialects until the end of the trip, “said Vachagan Avagyan.

“Immediately the idea came to bring this all to the classroom environment and to give it a scientific content, as most students are living bearers of dialects, and this is a great opportunity for dialectical research,” he added.

The students of the Faculty of Armenian Philology and students of the Branch prepared the dialect versions of famous works. By comparing literary Armenian and other dialects, students were given the opportunity to  a wide range of studies.

Similar events are a great opportunity for students to study the dialects, as the conversations with them, and the discussions with them, move the theoretical knowledge to the practical field.

By the way, owing to the program “Dialectical Research and Comparative Dialectic” initiated by the Faculty of SSS Chairman Samvel Yeghiazaryan, the faculty is restoring the beautiful traditions of dialects.

It should also be mentioned that the first dialectical journey was to Shirak region. This time, in collaboration with YSU Ijevan Branch Department of Armenian Language and Literature, students had the opportunity to listen and get acquainted with the dialects of Tavush region.

All the photos are available in the gallery. 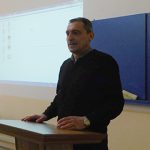 The Acting Director of Ijevan Branch of YSU A. V. Tsutsulyan made a welcoming speech touching upon the Armenian-Russian relations and cultural ties, Mrs. Natalia Nikolaevna Uvarova, Dean of the Faculty of Sociology of Gzhel State University, emphasized the significance of this conference for the strengthening of the Armenian-Russian relations. The Associate Professor of Gzhel State University, B. Lisitsina, Assistant of the Department of Tourism Management and Culturology A. Ulikhanyan, Lecturer of the Department of General Economics A.Saribekyan also made welcoming speech.

The teleconference aimed to strengthen cooperation between the two universities,  share experiences and ensure the progress of the youth.

The international scientific-practical teleconference entitled “Tourism and Culture Yesterday, Today, Tomorrow” was held in an effective and interactive atmosphere and the two sides agreed to continue the cooperation. 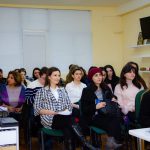 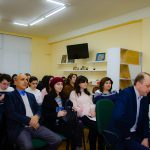 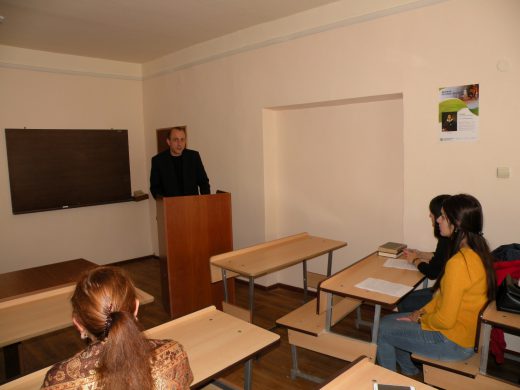 The conference was attended by Acting Director of YSU Ijevan Branch A. V. Tsutsulyan, deans of faculties, other members of administrative staff, lecturers, and students.

Twelve students of the Faculties of Economics and Humanities took part in university conference entitled “Ancient and Young Capital”. They delivered lectures on linguistics, economics, history and other spheres. First, a plenary session took place and Acting Director of YSU IB A.V. Tsutsulyan made an opening speech, greeting all attendees, the organizers and participants of the conference, expressing contentment to the Student Scientific Society for the initiative and expecting that such conferences would be organized more frequently, involving more participants. 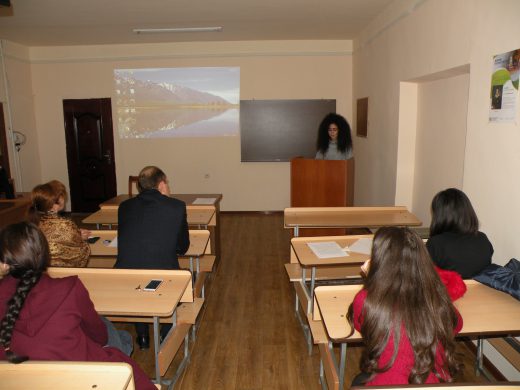 The university conference was in an engaging and warm atmosphere, and beneficial discussions were held between reporters, lecturers and students.

At the end, the reporters of the conference received certificates The photos of the conference are available in the gallery.

On May 12 of 2018, YSU Ijevan Branch hosted republican scientific conference entitled “1918 Heroic Battles of May and Foundation of First Republic of Armenia” dedicated to the 100th anniversary of the First Republic. More than 50 representatives of scientific-educational institutions of the Republic (not only lecturers, scholars, but also students and graduates) took part in the conference. 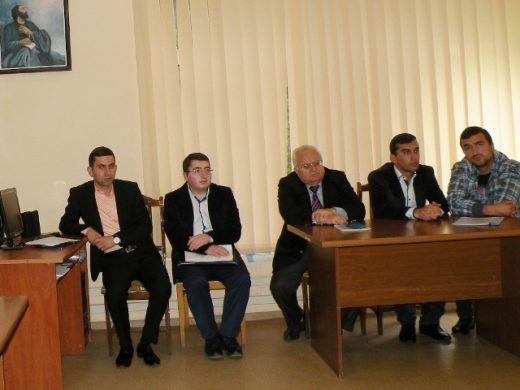 “1918 Heroic Battles of May and foundation of the first Republic of Armenia” conference was held in four Departments. 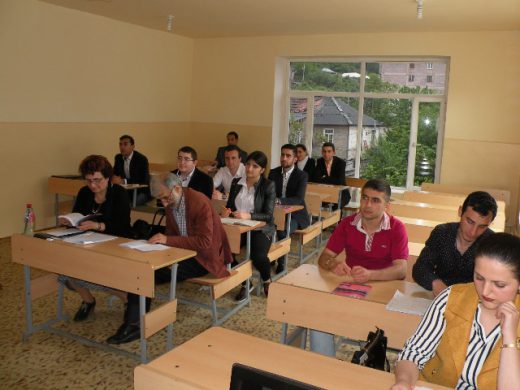 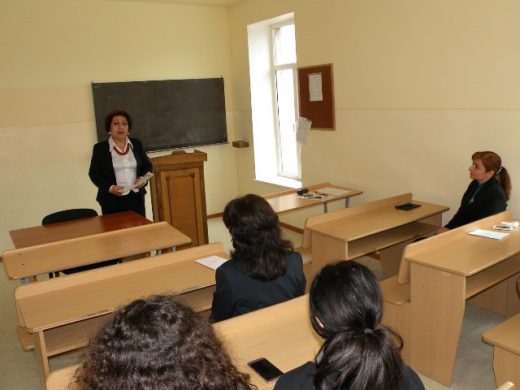 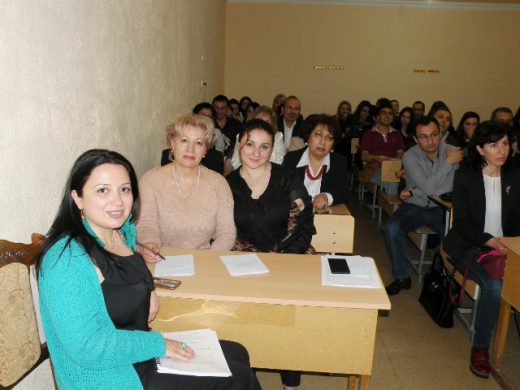 First, a session took place and YSU Ijevan Branch Director, PhD, Associate Professor Samvel Arakelyan made an opening speech. He welcomed all the organizers, the participants, the invited and especially the youth, expressing conviction that in a very short time our youth would have the Armenia that has been a dream for all of us. Mr. Arakelyan considered it symbolic that the conference dedicated to the 100th anniversary of the Republic of Armenia and the other events were taking place under these conditions in new Armenia with new thinking, new consciousness and new youth. He highlighted the importance and purpose of the conference and presented the main points of “1918 heroic battles of May” and first Republic Foundation emphasizing the historical truth of building our free-independent state with our own struggle. “Do not you think that other nations receive everything so easily but we, on the contrary, have to struggle to build our freedom, and in a small corner of this planet, we have to fight for the right to live freely?

This is the fate of our Armenian, and we must admit that this is ours, and we should not complain of that destiny because perhaps God loves us very much, so he gives us such a fate and sees whether we can do that in reality. To succeed and to win … It is impossible to explain the victories of Sardarabad, Bash-Aparan, Echmiadzin and Shushi. We can not explain how the Armenian can beat the Turkish army, or a well-armed army, with stones, sticks. It is difficult to explain what is spiritually. This is the power of our people. I am proud that I am a child of a nation who has created a state, which has won such victories, we should boast of it, and never say that this country is not a country. This country is a country (this is recently said) a mighty country, people living in this country are wonderful people, a great people who won in Sardarapat, Bash-Aparan and liberated Shushi. Congratulations to all of us, to be a child of such a nation, and each of us is obliged to maintain  the values of this state, we must fight for every little thing that we have acquired during our statehood, to love our state (homeland is another idea, state: another … » Then the Dean of the Faculty of Humanities, PhD, associate professor Ashot Nersisyan delivered a speech and presented the concept of the conference committee’s approach, namely, the main topic of the conference should be to encourage the participants to address problems faced by the people, its statehood, its development processes, people’s lived and living years, present their views on the different fields of science, the best of which would be published. During the session Mr. Nersisyan also made a report, introducing the history of the First Republic, its development and decline, drawing parallels with the current political developments in Armenia. Then the work of the conference took place in the departments.

The topic of the reports was free. At the end of the conference, the participants received certificates. The works approved by the conference Certifying Commission for publication of thesis, will be published in a separate collection.

The program of the conference:

Photos of the conference: